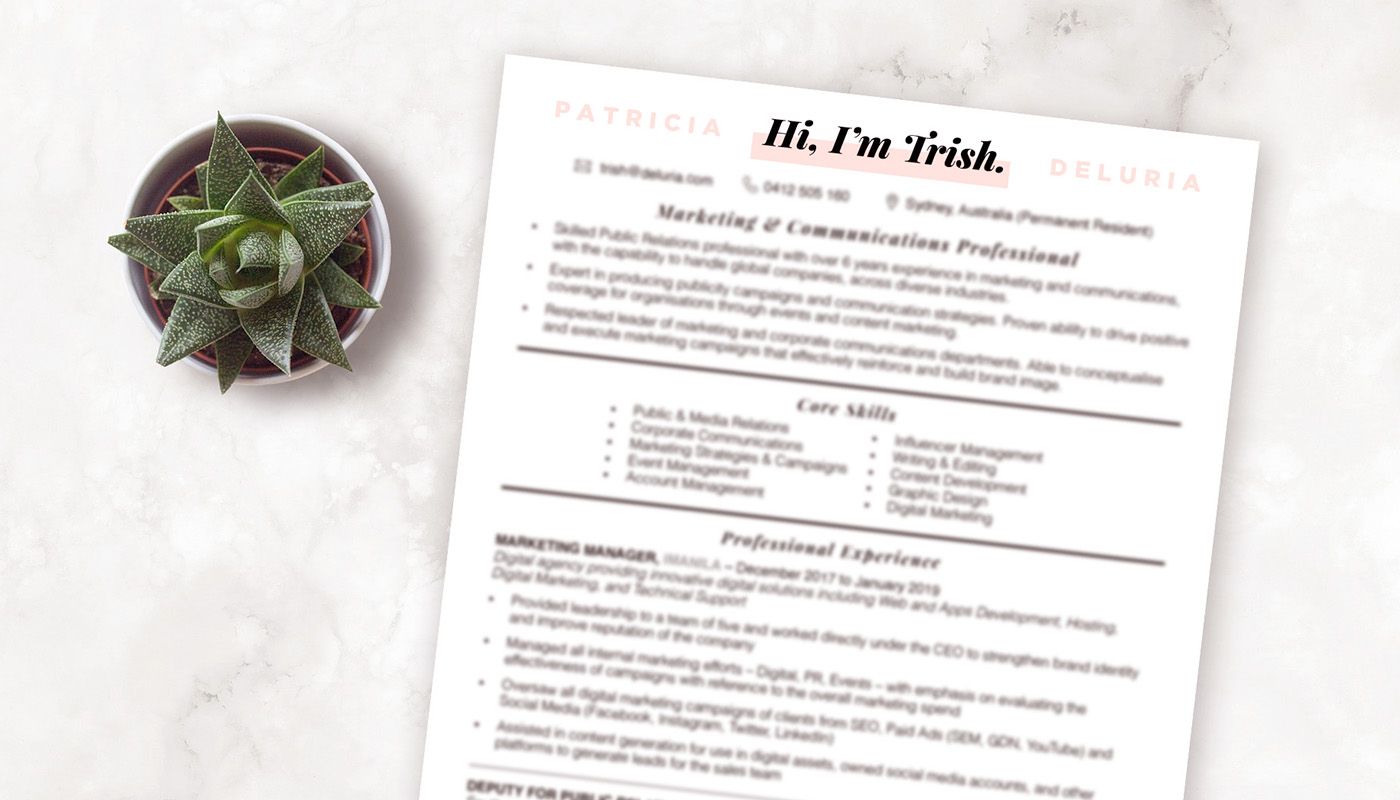 Turning Rejections into Success: How I Found A Job in Sydney

One of the biggest challenges migrants face today is employment. I’m not going to lie; it was also my biggest fear when I decided to move to Sydney. I’ve read tons of horror stories from migrants who had trouble securing work in their industry for months or even years. Eventually, some gave up and moved back to their original countries of residence, while others pursued manual labour or entry-level jobs in the service industry.

A few weeks before arriving in Sydney, I was already browsing through jobs on Seek and LinkedIn. I marked jobs as ‘Want!’, ‘So easy’, and ‘Meh’. The plan was to start with ‘Meh’, get some feelers out on my resume and then work my way to my ‘Want!’ list once I’ve gotten some feedback on my resume and cover letter. In my first couple of weeks in Sydney, I received ZERO callbacks, ZERO interviews, and SIX automated rejections. I soon came to realise that applying for the visa and making the big move was the easy part. (If you’re already having trouble with the visa, then you’re in for a treat. Read my visa story here.)

I don’t mean to sound entitled, but finding work in Manila is extremely easy. In the last six years, I’ve had four jobs, and ALL of them were through referrals. I didn’t find the job on Jobstreet, LinkedIn, or Kalibrr, but through a friend, colleague, or even family member. In short, I never really had to look for a job.

If I wanted to get employed in Sydney, I knew I had to change my mindset. Jobs that I had initially marked as ‘So easy’ and ‘Meh’ needed as much attention as the jobs I really wanted. While I had six years under my belt, I had to be open to starting from the bottom. It’s as if someone hit the factory-reset button on my life, and all my past achievements and qualifications were no longer recognised.

To be honest, this was difficult. It was hard to swallow my pride and apply to jobs I knew I could do in my sleep. I had to disregard job titles and salaries. During interviews, I didn’t focus on my past experiences. Instead, I spoke about my strengths and what I could offer the team should they hire me.

I could customise my resume to fit the job perfectly or write the best cover letter, but I still wouldn’t get the job. The main reason? Local experience. As someone who works in marketing, I fully understand the importance of localisation, however, I couldn’t figure out why my transferable skills – communication, creativity, strategy development, and leadership – were rarely considered.

It wasn’t until a few weeks later that I realised that local experience was a pretence for ‘culture fit.’ Most employers and recruiters just wanted to know if you could speak the language, engage with locals, and assimilate in the workplace.

To overcome this hurdle, I began connecting with companies over the phone. I wanted them to hear me speak (YES! I am extremely fluent in English!), and let them know personally that I was interested in the role. It allowed me to stand out from the hundreds of applications they received online, and show that I was serious with my application. And this is when I started landing interviews.

I was rejected from 34 (EDIT: make that 37) different companies in a span of one and a half months. And let me tell you – every single one of them hurt like hell. I know I shouldn’t have taken it personally, but it’s hard not to, especially if it’s for a role I knew I was qualified for or an application I worked extremely hard on (customised resumes and cover letters take a lot of time!).

After one month of constant rejections and being bombarded with ‘Thank you for your application, however…’ emails, you just want to give up. It was at this point that I sat down with Andrew, vented out my frustrations, and had a nice long cry.

How I Finally Landed a Job

Ironically, the only way to get to the good stuff is by actually putting yourself in positions where you might get rejected – constantly. I applied for 76 jobs. I got rejected for 37 of them, interviewed for 7, and (finally) landed 1. After meeting with countless recruiters, you realise that it’s really just a numbers game.

In a country like Australia, where there are over 500,000 migrants arriving each year, competition is extremely tough. You’re not only competing with locals, but you’re competing with migrants from the UK, China, India, New Zealand, and even the Philippines! (Yes, we’re top 5 under Australia’s largest group of overseas-born residents)

If you want more from life, you have to get rejected every now and again. And if you aren’t, then you’re not putting yourself out there enough.

If you’re planning on moving to Australia (or any country overseas), let me just say this upfront – it is an emotional rollercoaster. If you don’t have the heart or the grit, you won’t survive it.

There’s no magical fast track to get you to the finish line. You have to get your hands dirty, get your heart broken a little, and possibly even question your entire net worth — but you have to keep moving forward. That’s really all there is.

© 2020 After Six Sessions. All Rights Reserved.