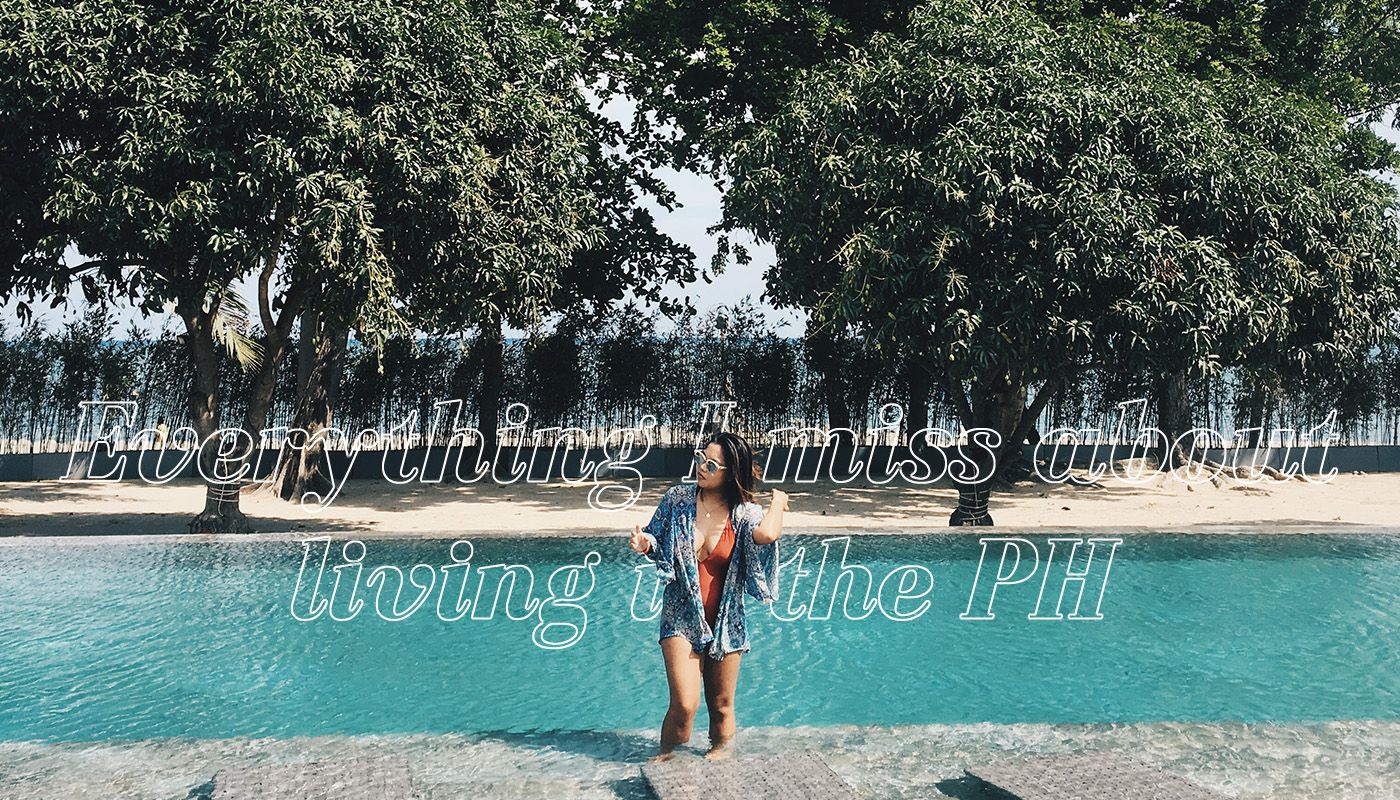 Everything I miss about living in the Philippines

It’s been three months since I moved to Sydney. And to be honest, I still feel like a tourist 80% of the time (which isn’t really a bad thing). In the last few months, I’ve been exposed to a lot of new things – new working environment (yes, I’m employed! Read my story here), new currency (I’m still converting!), and basically an entire new lifestyle (I had to learn how to cook and clean!).

Lately, I’ve been missing home and the comforts of my old life. Don’t get me wrong – It’s not like I want to move back to Manila, but I do miss a few things that I took for granted when I was living in the Philippines.

In no particular order (but really, this is in order – sorry fam), here’s a list of everything I miss about living in the Philippines:

I dream about this about 5x a week. I miss eating quality AND affordable Japanese food. I’ve tried eating $20 and $10 sushi in Sydney and found that, while it satisfied the craving, it did not compare to Nihonbashitei or Kikufuji by a long shot. Also, somehow, Australians are convinced that brown rice and avocado belong in sushi?? WHAT?? Jiro Ono is shookt.

Apart from the raw fish, I also find myself craving for ramen, particularly from Ramen Nagi. Andrew and I have a running joke that if we ever save enough money, we’re opening a franchise of Ramen Nagi in Sydney just so we can have it anytime we wanted.

This is a no-brainer. Who doesn’t miss their family and friends when they move to another country?? Some people even get homesick when they travel for a few weeks, what more when you actually move away for good.

Something I really miss is celebrating with friends and family. Filipinos always find reasons to celebrate. It’s a Sunday and somehow the entire fam is complete? Let’s do Sunday lunch! It’s the end of a stressful workweek? Let’s gather the troops and grab a drink (or two, or five). It’s Wednesday? Let’s try that new restaurant that recently opened.

Since I moved, I’ve only celebrated with Andrew. Don’t get me wrong, I love it, but I do miss having girlfriends on speed dial if I need a nightcap.

#3: Cheap food and drinks in general

It may just be that I’m still converting all my purchases into PHP, but food and drinks are definitely more expensive in Australia. Casual meals range from $15 to $20, while drinks go for $10 (beer) to $25 (cocktails). I don’t know about you, but I would never spend Php350 on a bottle of beer in Manila (or Php700+ for fish and chips!)

The Philippines celebrates at least 20 holidays in a year. Australia – well Sydney in particular – has 9. NINE. N-I-N-E. Technically, there are 11, but 2 of them fall on Easter weekend, which doesn’t really matter if you don’t work weekends.

I definitely miss the long weekends and getting random breaks between work weeks. Public holidays are also great for short trips – which brings me to the next item on my list.

You can drive for 2 hours to any point in the Philippines and hit a nice beach with fine sand and warm clear waters. Yes, Australia does have some pretty great beaches (In fact, I’ve been to three of them – Bondi, Watsons Bay and Balmoral Bay), but they ain’t got nothing on the beaches of the Philippines.

I also miss that the Philippines is conveniently located close to other Asian countries. A trip from Manila to Hong Kong or Taipei takes about 2 hours. Flights to Bangkok or Singapore, just over 3 hours, and to Tokyo, Seoul, or Bali, roughly 4 hours.

Given the short distances, it’s so easy to take 3 or 4-day trips during public holidays. And with a budget airline like Cebu Pacific, it’s so doable. If I wanted to do a quick trip from Sydney, the country with the shortest travel time is New Zealand, but those flights don’t come cheap.

No, I don’t mean haute couture or expensive branded items, but instead, middle-class luxuries in Asia. At the top of this category are my cook and maid. I miss having someone to prepare my meals and wash and iron my clothes. A close second would be my driver. I love public transportation in Sydney, but sometimes I do miss being picked up and dropped off anywhere and anytime I wanted. (I could also afford to take Grab/Uber everyday)

*Note: If you’re not Filipino and you’re weirded out by this, don’t be. I’m not entitled, nor is my family extremely wealthy, but it’s normal to have house help in the Philippines and many countries in Asia.

Ok, so this last one is more of a rant. I hate how companies in Australia have so much marketing budget that they all choose to do unskippable ads on YouTube. When I was working in digital marketing, I never recommended unskippable ads to clients because it’s like turning online videos into linear TV. Also, it’s really annoying – I’m looking at you, Uber eats!

So there you have it, my list of things I miss when I lived in Manila. While writing this list, I actually ended up thinking about things that I don’t miss about the Philippines, but that’s probably for another post.

© 2021 After Six Sessions. All Rights Reserved.